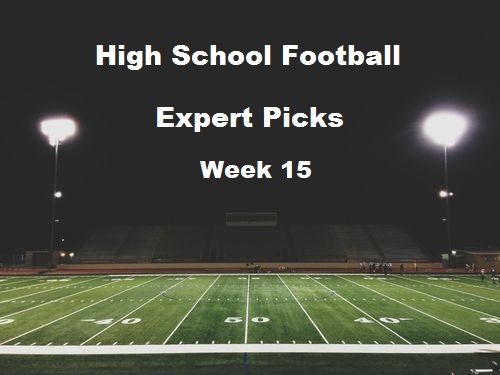 Week 15 is jam packed with playoff games from all over the country but none is bigger than Mater Dei vs St. John Bosco. The Monarchs won that game 31-21. That was the first game that St. John Bosco stud 2020 QB DJ Uiagalelei started. He should be much more comfortable in this game and we would be surprised to see a double digit victory this time around. While that is the biggest game of the week the best could be the Oklahoma Class 6A-I title game between Owasso and Union. These two teams played a double overtime game of the year candidate won by Union. This will be Coach Blakenship’s second crack at his old team and we expect another classic.

Ohio also has their championship weekend in Canton as well. The Division I and II title games should be great ones. Pickerington Central and Mentor will both be battling to win their first ever state title. We vowed to not pick against mentor after they made us look bad against ST. Edward and ST. Ignatius but apparently we haven’t learned our lesson as we are going with the Tigers in this one. The Division II title game between Archbishop Hoban and Winton Woods is not a rematch. Both teams only have 1 loss on the year and that was to Division I teams. Hoban has been rolled through the rest of the schedule while Winton Woods has been tested by better opponents.

It’s Florida state semifinals weekend and there are good games all over. We think the best two will be in 6A where Armwood and St. Augustine will meet and 7A where Venice and St. Thomas Aquinas will square off. Florida doesn’t have neutral games for semifinal games and that could come into play this week. We would give the slight edge to St. Augustine over Armwood if it was a neutral field game but with it being at Armwood we are going with the home team. The same goes for Venice. The Indians are looking for revenge for last years state semifinal that they lost 48-6 to the Raiders.

To round out the week we have Georgia 7A semifinal game between Colquitt County and Brookwood. Brookwood took the regular season matchup but Colquitt County seems to be peaking at the right time. The Mississippi 6A final features Starkville vs Pearl. Pearl is looking to makeup for last year’s 6A title loss while Starkville is looking to repeat their 2015 performance when they brought home the title.