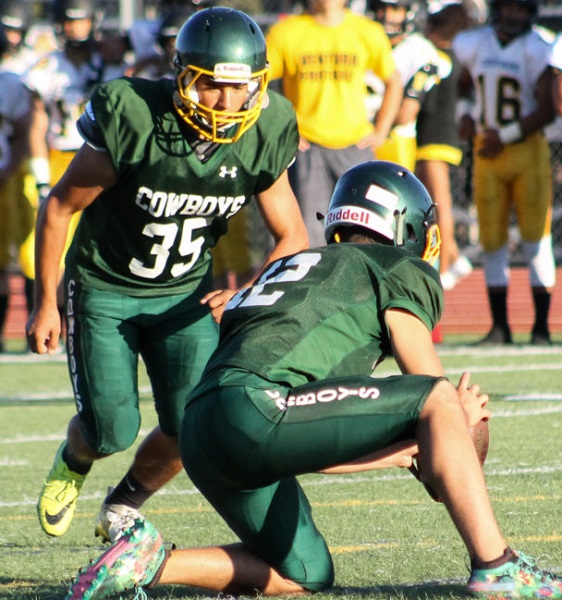 As most people know by now the CIF, California Interscholastic Federation, ruled that the high school football season will be postponed until January 2021 due to Covid. We reached out to some of the top 2021 uncommitted prospects in the state to see if this decision would affect when they signed and their early enroll decision. There will be not any games played before early Signing Day in December of 2020 and Signing Day 2021 will be in early February after only a few games have been played. For players still going through the recruiting process this just adds to what has already been a complicated cycle. Some of the prospects say this definitely impacts their decision. Others said it had little impact.

Byron Cardwell, RB, Morse – “This doesn’t affect me at all when I am signing and i’m not going to be an early enroll.”

Derek Wilkins, DE, Santa Margarita Catholic – “No I was always planning on signing in December. I’m debating whether or not I should early enroll now”

Jailen Weaver, DE, Antioch – “No it does not affect when I am going to sign. I am still undecided on if I’m going to enroll early or start in June.”

James Bohls, RB, San Clemente – “No this will not affect we’re I sign I’m just happy to get a senior season. No I was never going to enroll early to college I’m going enjoy my high school career with my friends,family and teammates.”

Jarrett Reeser, K/P, Canyon – “It definitely influences my decision. I had planned on committing before December but that changes now. I did not get a chance to go on the visits I planned this Summer and showcase my talent to more coaches. I will likely push my decision back now.”

Cole Lourd, QB, Brentwood School – “The CIF’s decision will not affect when I sign. My school doesn’t really allow early enrollees so I will not be early enrolling. Although the decision is frustrating, I’m excited to keep working for when the season does come.”

Vance Jefferson, WR, Poway – “Yes it does affect when I will sign and if I will early enroll. I think that Singing Day should be moved back.”

Ryan Lange, OL, Pittsburg – “Yes it affects both when I will sign and my decision to early enroll.”

Dominic Oliver, LB, Valley Christian – “No sir it doesn’t change anything for me and my family. Whatever school I’m meant to be at, the opportunity will still present itself when I’m ready to make the decision. I’m just trusting God throughout this process sir.”