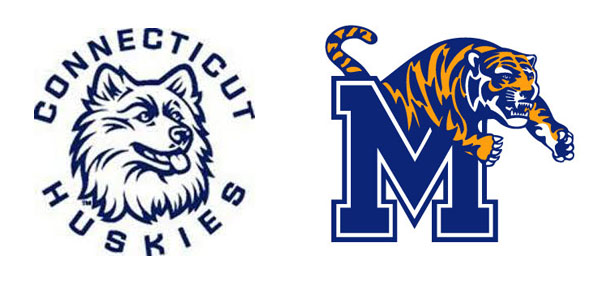 In the second Final 4 game of the Prep Force Challenge we have Memphis vs Connecticut. Memphis pulled a bit of an upset last week by beating Kentucky in the battle of Coach Cal. This game seems to be very similar to that one with Connecticut being a little more experienced and balanced than Kentucky was. Lets break it down by position and you can decide who should make the finals of the Prep Force Challenge.

Point Guard – Derrick Rose vs Kemba Walker
Derrick Rose is the reigning MVP of the NBA. Kemba Walker is the reigning MOP of the Final 4. Last year this time Kemba was orchestrating one of the great NCAA championship runs of all time. This year he is playing with the big boys like Rose and has shown he has a far way to go to be compared to the best.

Shooting Guard – Tyreke Evans vs Ray Allen
This would be an interesting matchup of two players with very different styles. Ray Allen plays on the perimeter while Evans is explosive and drives to the bucket. I would take the you and athleticism in this matchup.

Small Forward – Chris Douglas-Roberts vs Rudy Gay
CDR has shown to be a solid but not great small forward in the NBA. Which is one of the reasons he chose to play in Italy this year. Rudy Gay is one of the best small forwards in the league and should have little trouble in this matchup.

Power Forward – Joey Dorsey vs Charlie Villanueva
Joey Dorsey has the “beefness” advantage in this matchup but that would only work on the offensive end. His major problem would be chasing Villanueva around on the defensive end. Villanueva would get an open perimeter shot pretty much at will and he is a good shooter. I think this matchup would wear Dorsey down.

Center – Earl Barron vs Emeka Okafor
Emeka Okafor has been a little bit of a disappointment in his NBA career. That being said Earl Barron makes his career look like Shaq’s.

Once again Memphis is greatly at a disadvantage when it comes to the bench. The UConn second 5 is better than half the teams that were in this tournament.

Conclusion – Here is another game where Memphis has the better guards but are severely outmatched in the front court. If it turns in to a street ball All Star type game they would have a chance but they would have to go small with Shawne Williams in for Joey Dorsey because poor Joey might pass out on the court from all the up and down. Can Derrick Rose continue to lead Memphis to the championship game? It is up to you to decide.