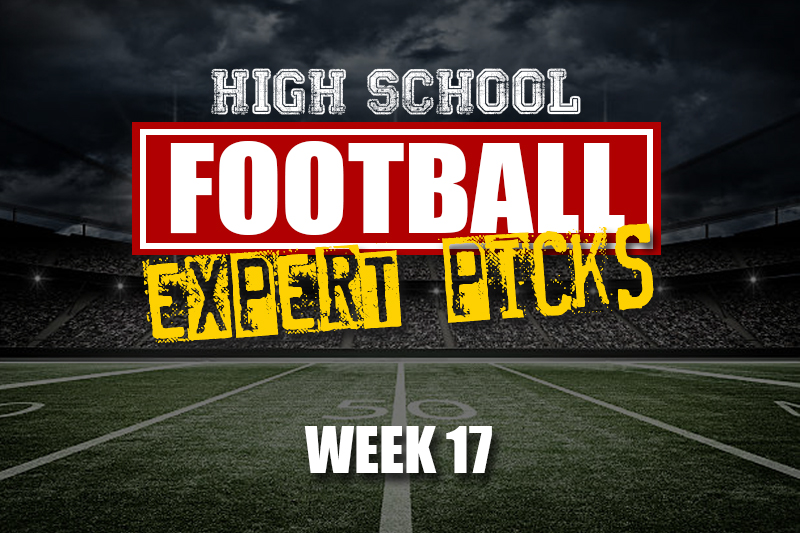 There are only 2 weeks left in the high school football season. Every state except Texas will be wrapped up after this week. Two of the games from this week’s slate are being played today in Georgia. Cartersville and blessed Trinity will battle it out for the 4A title while Milton and Colquitt County will battle for the 7A title. The Packers may very well be playing for a spot in the Geico Bowl Championship game next week likely vs St. Frances Academy. The experts are somewhat split on the 4A game but 7 of the 8 of us are going with the Packers with only Woody from Rivals riding with the Eagles.

Most of the games this week come from Texas. The big 2 coming from the 6A semifinal games. Three of the four teams playing in the semifinals are ranked in the national polls. The game of the week is Duncanville vs Allen. Allen may be the national powerhouse but the Panthers have been destroying everyone in their way this year. Three of the experts think Duncanville can pull off the upset. The other game features Lake Travis vs North Shore. All of the experts are going with North Shore. Ryan and Highland Park will meet for the 3rd year in a row in the playoffs. The Scots have won the past 2 years so the Raiders will be looking for revenge. The experts are split on this game. All of the experts are going with Wagner over Shadow Creek the other 5A D1 semifinal. Another game from Texas will be a special one for a different reason. Fort Bend Marshall will be playing with heavy hearts as on of their teammates was killed in a domestic violence situation this week. Seven of the eight experts are siding with the Buffalos.

There are Bowl Championship games from California. These matchups are always fun as they pit teams from Northern California vs Southern California. Southern California got the biggest bragging rights last week thanks to Mater Dei’s win over De La Salle. All of the experts are picking Folsom to take down Cathedral Catholic. Six of the eight experts agree that Del Oro will take down Grace Brethren and Liberty will take down Sierra Canyon. Seven of the eight think Lawndale will defeat San Joaquin Memorial in what is a de facto home game for the Cardinals. Finally in North Carolina undefeated defending state champ Wake Forest will be taking on Vance.