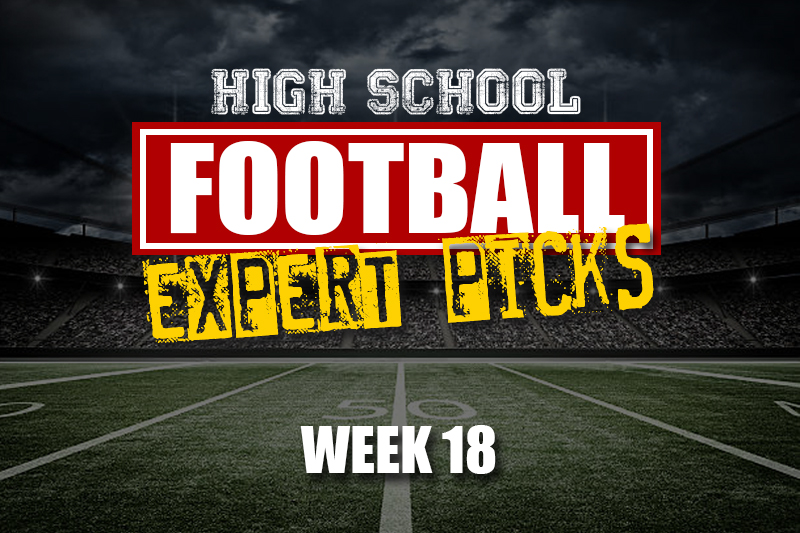 The final week is here which means after Saturday night I will have to relinquish my crown as the High School Football Expert Pick’em winner. The good news is that we will have a definitive winner and no tie even though two experts are tied right now. PrepNation or PrepGridiron will bring home the title. If either of them go undefeated this week they will also take home the highest overall % of winners picked in the long illustrious history of this contest. Best of luck to them.

As for the games. This week is highlighted by the Texas UIL 6A Division 1 state title game between Duncanville and North Shore. The winner of the game will likely win the national title in a few of the polls. Both teams have been dominant this year. The Panthers ended the 30 game winning streak of Allen last week and Duncanville blasted Lake Travis 51-10. We are expected a classic game between two very talented teams. Sic of the experts are going with the Mustangs to pull it out.

The GEICO State Champions Bowl Series is this week as well. In the first matchup ST. Frances Academy travels down the Leesburg, GA to take on Lee County. In case you aren’t aware the Panthers season was basically derailed shortly before the season when the Maryland Interscholastic Athletic Association awarded them the state title because the teams in the state refused to play them. This meant that the Panthers had to scramble to fill their schedule. Some of the national polls dropped them because of their strength of schedule while the other have them in the Top 10. This will be their only true test of the year and we are glad these athletes get this chance. Since they didn’t play in a state playoff they have not played a game in over a month. The Trojans meanwhile won their Georgia AAAAAA title last week. It will be interesting to see which team comes out fresher. Five of the experts are going with the Panthers to pull out the win. In the other game Centennial, the Arizona 5A state champ, and Eastside Catholic, the Washington 3A champ, meet. Both teams won their title a couple weeks ago and have know they were going to be in this game pretty much since. They should be rested and more than prepared for this one. Seven of the eight experts have the Coyotes to pull out the win.

The rest of the games this week are also Texas title games. Amazingly none of the games of a unanimous expert pick which is rare. Brian from 247Sports is the lone wolf on 3 of the games. We thank everyone who has followed the picks this year. Hopefully you have got some enjoyment out of the contest. Don’t agree with our picks? Let us know about them on Twitter or in the comments below. Make sure to go follow all the experts for all your high school football and recruiting news. Follow us @PrepForce1 to keep track of the picks and to vote on each of the games to see if you can do better than we do. Check out our Prep Force Top 25 High School Football Rankings. We have started releasing our world famous highlight remixes for this season so check those out as well.