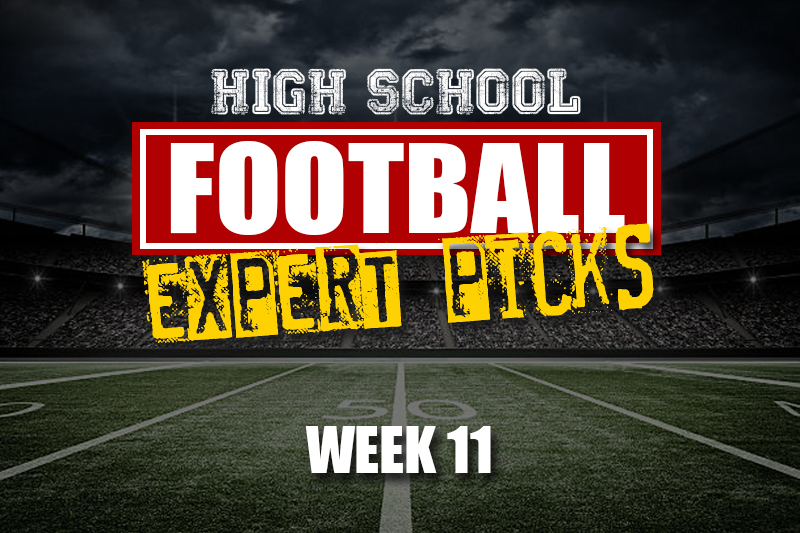 The playoffs are starting up in a lot of the big states while the regular season is coming to a close in others. This week’s slate is highlighted by the 98th meeting of the oldest Catholic HS football rivalry in the country between WCAC foes St. John’s and Gonzaga. The Cadets are looking to stay undefeated in WCAC play and win the outright title, while the Eagles will share the title with a win. These two could meet again in a few weeks in the playoff final but expect both to battle for this one. There is another huge rivalry game going down in Texas when Desoto and Cedar Hill meet in the battle of the Belt Line. More important than bragging rights is the 7 6A district title that is on the line.

The rest of the games this week are playoff battles. Bingham and East meet once again in Utah. The Miners have never lost to the Leopards but the regular season game was only a 2 point win. While the Dade county teams have overall been a disappointment this year don’t be surprised to see some of them go no state title runs including the winner of the Carol City vs. Booker T. Washington game. Also in Florida Columbia and Ponte Vedra meet up. The Tigers were rolling early in the season but have lost 3 of 4, while the Sharks are looking to bounce back from a loss to Creekside last week. California brings us a couple of private versus public playoff battles between Orange Lutheran and Long Beach Poly as well as Oaks Christian and Upland. The experts are split with one public and one private being the consensus.  There is a battle of high powered offenses going down in Illinois when Neuqua Valley and Homewood-Flossmoor meet. This has all the makings of being the most entertaining game of the week. Solon and McKinley will meet in Canton, Ohio. Can the Bulldogs bounce back from their loss to bitter rival Massillon? Or will the ehangover doom them against a good Comets teams. Finally in Rochester rivals McQuaid Jesuit and Aquinas Insitute meet for the Section V Class AA title. The two opened the season with McQuaid beating AQ for the first time in a while. The experts are split on whether the Li’l Irish will get revenge.