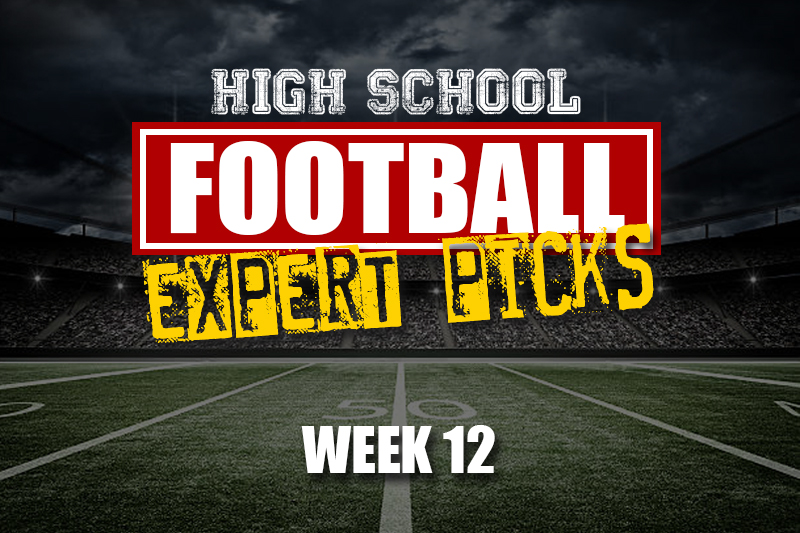 Week 12 is here and the playoffs are in full swing around the country now. That leads to a lot of regular season rematches. This week over half the games are rematches. We have the semi-finals in the WCAC. St. John’s looks to stay undefeated against conference teams this year as they take on Dematha. The first game was decided by 4 points. All of the experts expect the same outcome in this one. The other game is a rematch of one of the games of the year. The first meeting between Good Counsel and Gonzaga took 5 overtimes to get a winner. Good Counsel won that one but the experts do not expect the same result this time.

Utah also has their semi-finals this week with a pair of rematches. The first is between Corner Canyon and Lone Peak. The Chargers won the first game in dramatic fashion by scoring two touchdowns in the final minute to complete the best comeback of the year. Most of the expert expect them to stay undefeated and march on. The other game matches East and American Fork. The Leopards are coming off their first victory ever over Bingham. We were the only one of the experts to pick them last week so thanks to Old East for that one. This week we are one of only two experts to pick against them. The Cavemen won the first meeting and we think their could be a bit of a letdown following the big win for the Leopards.

Ohio gives us a couple of rematches as well. The first is a rematch of GMC teams that also needed overtime to decide a winner a couple of weeks ago. Colerain kept their title streak alive with a win over Fairfield. Most of the experts think they will pull it out again. The other game pits Elder against St. Xavier. The first game was decided by 3 points and most of the experts expect Elder to win again.

There are two games from Florida but neither of those are rematches. These games will show if Dade County is truly having an all time bad year as Booker T. Washington and Miami Central go on the road to take on a pair of undefeated teams. Neither of those teams have played the level of competition that the Miami schools have played so it will be interesting to see who comes out on top. Most of the experts are siding with the teams from the 305. There is a good public versus private battle going down in California between the Trinity League’s Servite and Mission Viejo. The Friars could cement the Trinity as the most complete conference in America with a win. Most of the experts are going with the Diablos in this one. Finally we have a rematch of the great rivalry in New Jersey between Bergen Catholic and Don Bosco. This rivalry is so bitter that Bergen asked for the game to be moved to Saturday as they have a big fundraising event Friday night and Bosco denied it. The Crusaders won the first meeting this year but the Ironmen. Since that game the Ironmen made a change at QB at that has made them the hottest team in Jersey. Most of the experts expect that to continue.