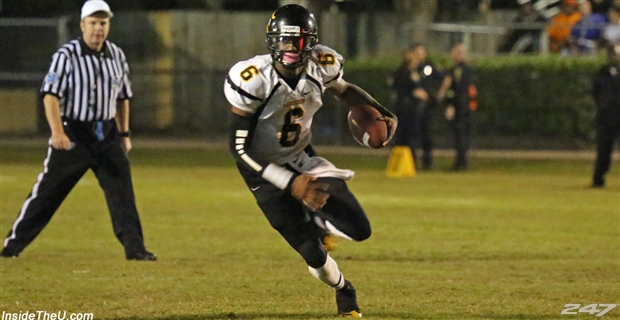 5-star quarterback Torrance Gibson recently took several visits during his spring break that include Oklahoma, LSU, Tennessee, Clemson, Auburn, and Florida. I asked the highly-touted quarterback which visits stood out to him the most.

He told Prep Force that “LSU, Tennessee, and Auburn” were the visits that stood out the most.

Ohio State and Miami will also be key players in this recruitment for Gibson.

He is ranked by Scout as the No.3 quarterback in the nation and he has the ability to make big plays, shown in his highlight video below.