The remaining top basketball recruits left in the 2012 class. 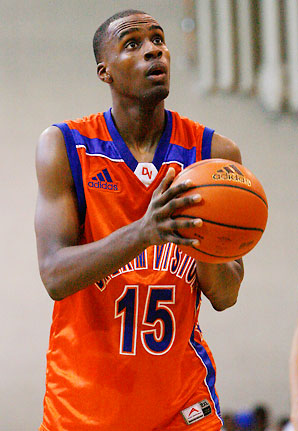 While most of the elite High School basketball talent signed during the early signing period, there is still some great picks just waiting in the wings to join a program and make a huge impact. Here is a list of the most highly rated recruits with predictions on where they will end up.

The standout and obvious starter for this discussion is the overall number 1 player in the country according to ESPNU: Shabazz Muhammad. Shabazz is a 2 guard that plays in a stratosphere beyond the High School game. He’s athletic, he’s a scorer, he’s a leader. A left hander with speed, he’s a seriously tough out in the one-on-one game. With an NBA body size, he physically dominates over everything in his path at this juncture. Tie this all into his leadership ability and Muhammad is of great value to any program in the nation.  Check out some highlights right here (pay close attention to his killer behind the back magic at :39):

Seriously, the kid gets up and just forcefully throws it down (like Kobe, can we say that yet?).  His physical makeup, scoring ability and leadership ability lend credence to talk of him being the first overall selection in the 2013 draft. Shabazz list still includes UCLA, Kansas, USC, UK, Duke, UNLV, Memphis, and Texas A&M. A clear one-and-done, he will do a lot of damage for a team in a short amount of time and thrust this team into the throes of National Title discussions.

College Prediction – I think he ends up teaming up with Kyle Anderson at UCLA. I think they have had it planned all along. Kentucky makes a late push but comes up short.

Next we have the ESPNU #7 overall prospect in Canadian Power Forward monster Anthony Bennett. At 6’7”, 230lbs and an ability to move with the ball like a guard, he’s a total beast to contend with.

Uconn, Florida, Kentucky and Ohio State, among others, are in running for this game changing Power Forward sure to add the kind of strength to a team that could make a deep March run.

College Prediction – Bennett ends up in Lexington playing for Kentucky. He fits the bill there perfectly.

Number 18th ranked prospect, Jarnell Stokes, still on the big board looking for a home. This big man from Central High School in Memphis just straight balls. He’s 6’9”, 255lbs, mobile and strong. He’s impressed a lot of media, some of which say his size, strength, mobility and ability is not even fair to his current competition.

Check out the windmill at :42, just plain sick for a guy his size and physique.

Devonta Pollard sits undecided at the ESPNU 20 spot. This 6’7” Forward is the fastest rising player in the class of 2012, and his still being undecided has attracted a lot of courters, including Alabama, Kentucky, LSU, Mississippi State and Georgetown. He’s an excellent player in the paint that rises above other big guys to get the ball and put it in the hole. He has excellent range which features a consistent jumper. He’s a great basketball athlete that will definitely extend defenses for one lucky suitor at the next level.