Beyond The Game – Juwan Parker 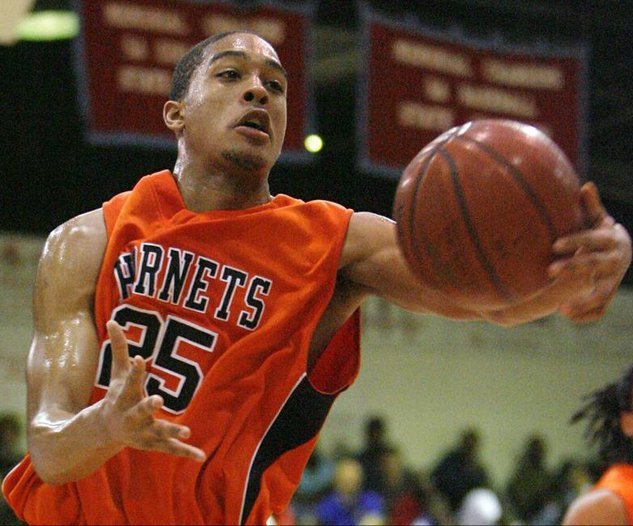 Juwan Parker is one of the best shooting guards in the 2013 class. Hailing from Tulsa, Oklahoma he has offers from top tier programs all around the country. Get to know more about what Juwan is like off the court and how Space Jams changed his life.

Who is your celebrity crush?
Lauren London

Who is your favorite athlete?
Dwyane Wade & Kevin Durant

What is your favorite sports memory that doesn’t involve yourself?
Watching Dwyane Wade pretty much single-handedly winning the 06 finals

What movie character best describes your game and why?
Wolverine. He fights hard. I play hard, it might not always be flashy, but it’ll get the job done.

Which pro player best reflects the type of game you have now?
Deron Williams. Similar size, he can do it all, and i feel i can do whatever is needed from me on the court.

Do you play video games? Which ones? Have you beat any other recruits?
I’ve been slacking lately but usually I’m always on the game. Modern Warfare 2 &3, NCAA Football 12, NBA 2k12. No but they don’t want it in the NCAA hahah

What’s your favorite food? What food do you eat on gamedays?
My favorite food is calzones! I dont have a particular food for gamedays, generally a PB&J or whatever my parents made for dinner.

Was the recruiting process everything you expected? If not, what things surprised you most?
The thing that surprised me most was how highly I’m being recruited. I never thought I’d be considered a top notch player, so that was very surprising, a SUPER blessing.

Whats the most annoying part about the recruiting process?
People at your school hearing you received an offer from their favorite school and begging you to go there.

What other sports did you consider before basketball? What made you finally decide upon basketball?
I really wanted to play baseball. When i was younger i always went to the field and hit baseballs or caught or pitched with my dad. I never got a chance to play on a real baseball team though. Space Jam made me decide to be a basketball player. It’s my All-time favorite movie, and when I was little I always thought I’d get the chance to be like MJ and play with the Looney Toons.

What do you look for when deciding which college to attend?
Coaching staffs, system, playing time and where I fit in the system.

Which do you look more forward to, playing at home in front of excited, cheering fans? Or playing on the road in a more hostile environment?
A hostile environment. I love that feeling of being hated by the crowd, then making a big shot/play that just leaves them speechless. I love making dagger or momentum swinging plays

What type of music do you listen to, if any, right before a game? If you don’t listen to music, what do you use to get you pumped up for the game?
Gotta have the music before a game! I listen to all kind of rap. Mainly J. Cole, Kanye, 2 Chainz, Odd Future, Lil B, Drake

Which coach has meant the most to your career so far, and why?
My dad. He coached me from walking to about 8th grade. He’s in the gym with me 530 EVERY morning, rebounding and teaching me little nuances of the game. He puts me through some tough stuff, but I know it’s only so I can get better. I know he only wants me to get better and be successful