Beyond The Game – Tyrone Crowder 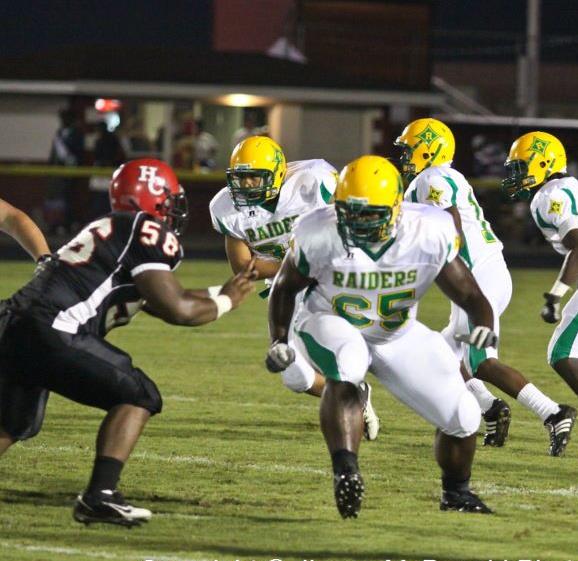 Tyrone Crowder is the massive 6’3 305 pound 2013 Offensive Line man from Richmond High School In Rockingham, North Carolina. He already has offers from schools all over North and South Carolina including UNC, Clemson and South Carolina with many more to come I predict. Get to know more about what Tyrone is like off the field in his Beyond The Game interview.

Who is your celebrity crush? Megan Fox
Who is your favorite athlete? Tom Brady
Do you play video games? Which ones? Yes,Modern Warfare 3, Madden 12
What’s your favorite food? Pizza
What food do you eat on gamedays? Chciken Fingers and Potato Wedges
What TV shows do you watch consistently? NCIS,Burn Notice,Family Guy,ESPN.
What type of music do you listen to, if any, right before a game? I listen to rap and country. On game days I listen to till I collapse by eminem to get pumped.
What is your favorite sports memory that doesn’t involve yourself? Celtics beating the Lakers in NBA Finals in 2008.
What movie character best describes your game and why? Will Smith, he works hard at everything from rapping to acting
Which pro player best reflects the type of game you have now? Michael Oher, stayed focused on his goal through his childhood setbacks.
Was the recruiting process everything you expected? Yes, my coach told me how recruiting was going to get.
Whats the most annoying part about the recruiting process? Leaving a game, stuck in traffic.lol
What other sports did you consider before football? What made you finally decide upon football? Basketball,let’s just say my football talents out weighted my basketball talents.lol
What do you look for when deciding which college to attend? My major, campus lifestyle,program, facilities.
Which do you look more forward to, playing at home in front of excited, cheering fans? Or playing on the road in a more hostile environment? Home games
Which coach has meant the most to your career so far, and why? All of them from rec league to high school.