Beyond The Game – Will Redmond 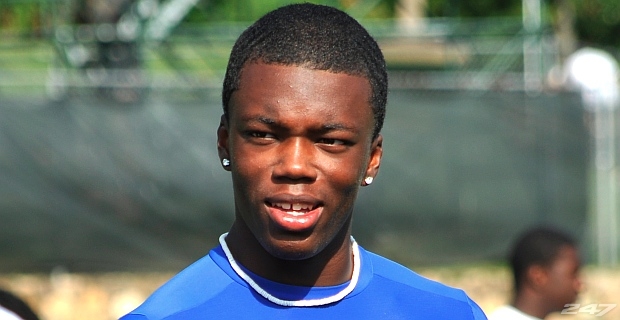 Will Redmond is Semper Fidelis All American and Mississippi State commit from Memphis, TN. He was a two way star at East High playing both quarterback and safety. He is 6’0 180 pounds and runs a 4.4 40 so he could play on either side of the ball in college but it looks like he will be playing defense. Wherever he lines up he is sure to have an impact. Find out more what Will is like when he is not locking down wide receivers.

Prep Force: Who is your celebrity crush?
Will Redmond: Keyshia Cole

PF: Who is your favorite athlete?
WR: Antonio Cromartie

PF: What’s your favorite food? What food do you eat on gamedays?
WR: Hot-wings and on game-day SUBWAY

PF: Who is the best player you have ever played against?
WR: Robert Fields

PF: Do you play video games? Which ones?
WR: Yes. My favorit game is HALO.

PF: What type of music do you listen to, if any, right before a game?
WR: Hip Hop

PF: Was the recruiting process everything you expected? If not, what things surprised you most?
WR: It wasn’t what I expected I didn’t know it was gonna be so nerve racking and tiring but its cool.

PF: What did you look for when deciding which college to attend?
WR: When deciding what college, I looked for a place that I would go if I didn’t play football.

PF: Which do you look more forward to, playing at home in front of excited, cheering fans? Or playing on the road in a more hostile environment?
WR: I would say playing in someone else home. I like doing the upsetting.

PF: Which coach has meant the most to your career so far, and why?
WR: All my coaches mean a lot too me. They each play a different role in my life that made me what I am today.