Beyond The Game – Willie Cauley 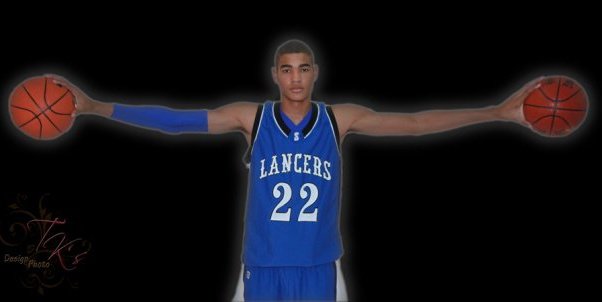 Willie Cauley is the super athletic 7’0 center from Olathe Northwest High School in Olathe, Kansas that is headed to the Kentucky Wildcats next year. He has better moves than most guards I’ve seen and of course blocks and dunks everything in sight. See his answer below about who he compares his game to and you will see he is right. I know the Kentucky fans I have talked to can’t wait for Willie to get on campus. The player he gets compared to most often is also the player who he says ins the best he has ever played against. Find out this and more about Willie when he is off the court.

PF: Who is your favorite athlete?
WC: Stephen Curry

PF: What food do you eat on gamedays?
WC: Subway and Skittles

PF: What TV shows do you watch consistently?
WC: Wayans Brothers, How I Met Your Mother

PF: Whats your favorite thing to do when not playing sports?
WC: Hangout and draw

PF: Who is the best player you have ever played against?
WC: Anthony Davis

PF: What is your favorite sports memory that doesn’t involve yourself?
WC: The first time my cousin Kurt dunked in a high school game when i was a 7th grade.

PF: Which pro player best reflects the type of game you have now?
WC: A mix between Kevin Durant and Joakim Noah

PF: Do you play video games? Which ones?
WC: Yes Madden and Assassins Creed

PF: What type of music do you listen to, if any, right before a game?
WC: Bow Wow

PF: Was the recruiting process everything you expected?
WC: I really didn’t know what to expect.

PF: What do you look for when deciding which college to attend?
WC: Playing type, How many fans attend, coaching staff, players that you will be playing with

PF: Which do you look more forward to, playing at home in front of excited, cheering fans? Or playing on the road in a more hostile environment? WC: Little bit of both but mostly away.

PF: Which coach has meant the most to your career so far, and why?
WC: My high school coach Jerrod Stanford he was pretty much like a father figure than a coach.