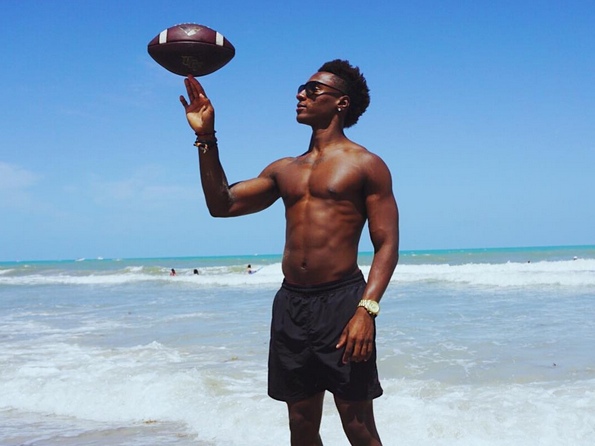 Donald De La Haye is the latest in a long line of stories that shines the light on the hypocrisy of the NCAA. If you haven’t heard about De La Haye, I encourage you to check out his video below regarding his situation. *A quick synopsis of the situation: De La Haye has to choose between making money off his YouTube channel or playing football for UCF.

A little back story on Prep Force and why De La Haye’s story hits close to home. When we came up with the idea for Prep Force, we did so with the student athlete in mind. We saw how little control high school athletes had in what was being put out in regard to their recruiting. We wanted to allow the athletes to control their own profiles and also give back to them. The idea was to allow the athletes to sign up and update their recruiting profiles when they wanted. We also built the system where it would track all traffic to each player’s profile and we would share the revenue generated with the athlete. This was a key part to wanting to build the site.

As the site was being completed, we decided to call the NCAA clearinghouse to see if our plan of sharing advertising revenue with the athletes or their parents would be an issue. We knew that paying HS athletes was a slippery slope and the last thing we wanted to do was to jeopardize the eligibility of any potential college athlete. We just wanted to help the athletes whose likeness and profiles were being used to generate millions in ad revenue. While we knew not many athletes would receive huge money, we knew that many of the athletes could use every bit of help they could get.

Since we would likely have to pay the parents of the athletes, the decision was made that we would take the position of a parent in our phone call to the NCAA. I personally took on the role of a parent of a highly rated HS football player. I made the call and had no problem getting connected to someone in the clearinghouse. I stated I was the father of a highly ranked player, but did not give a name and that I had a question about making money via online properties of my child. I told them I wanted to build him a website and put Google Adsense on it to monetize it. I chose Google Adsense because it is a 3rd party service and that I would not be getting paid directly from advertisers. As soon as I asked my question, the representative was clearly flustered. He was stuttering and would not give a straight answer. I continued pressing him and finally he said that they would not discuss the matter until it was presented to them formally and then they would be required to make a decision.

I decided to press on to show the hypocrisy of the NCAA rules. I asked if he was familiar with the site Rivals, which he stated he was. I pointed out to him that Rivals had sold for $100 million dollars to Yahoo and that much of their advertising was generated from HS athletes. He informed me that I should write Rivals and have them take my son’s profile down. I replied OK, and offered another scenario. I posed the hypothetical question about having my best friend build a website dedicated to my son and HE puts advertising on it. The NCAA representative informed me that was perfectly OK. At this point of the call I couldn’t help but let out a chuckle as I was processing how ridiculous and unfair this was to the exploited athlete and his family.

I decided to finish my call with the YouTube scenario. I asked if I was permitted to have a YouTube channel of my son’s highlights and make the advertising revenue that YouTube pays channel owners. He went back to the stance that they could not decide until a case was put in front of them. Based on what I have read I am not sure the scenario has ever been formally decided on. The specifics of De La Haye’s meeting with UCF are not clear, although it seems he was presented with the ultimatum of either benefiting from his channel or playing football for the university. As of the time this article is published, I don’t believe he has made the decision. Based on my call I would think that he could change the payment to one of his friends and be within the NCAA rules. I do not know if that would require him to start a new channel or not. I do not think the NCAA would even know what to do if presented with that scenario.

After the call, we had the idea that we would find a high school athlete that had no chance of playing in college and seeing if they wanted to be a test case for this rule. Ultimately we did not think that was a good idea because it would’ve tied Prep Force to paying players and doomed the site from the start. We knew we were going to launch this site regardless, as a way for athletes to sign up and control their own profile for free. This was not something that was being offered at the time and we wanted athletes to have it as an option.

We have reached out to De La Haye to share our thoughts and too see if we can provide some scenarios that can help him. If we get to speak with him regarding his situation, we will update this article when appropriate. At Prep Force, we are truly passionate about the well-being of student athletes. Anyone that has been a fan of this site knows that we think that athletes should be paid whenever possible. Not that it’s a secret, but the NCAA does not have the players well-being in mind. They are a business that only cares about lining the organization’s pockets.

If you want to support De La Haye got subscribe or follow him on social media
https://www.youtube.com/channel/UC4mLlRa_dezwvytudo9s1sw
Tweets by Deestroying
https://www.instagram.com/deestroying