Is Devin Bush Sr. headed to join his son at Michigan? 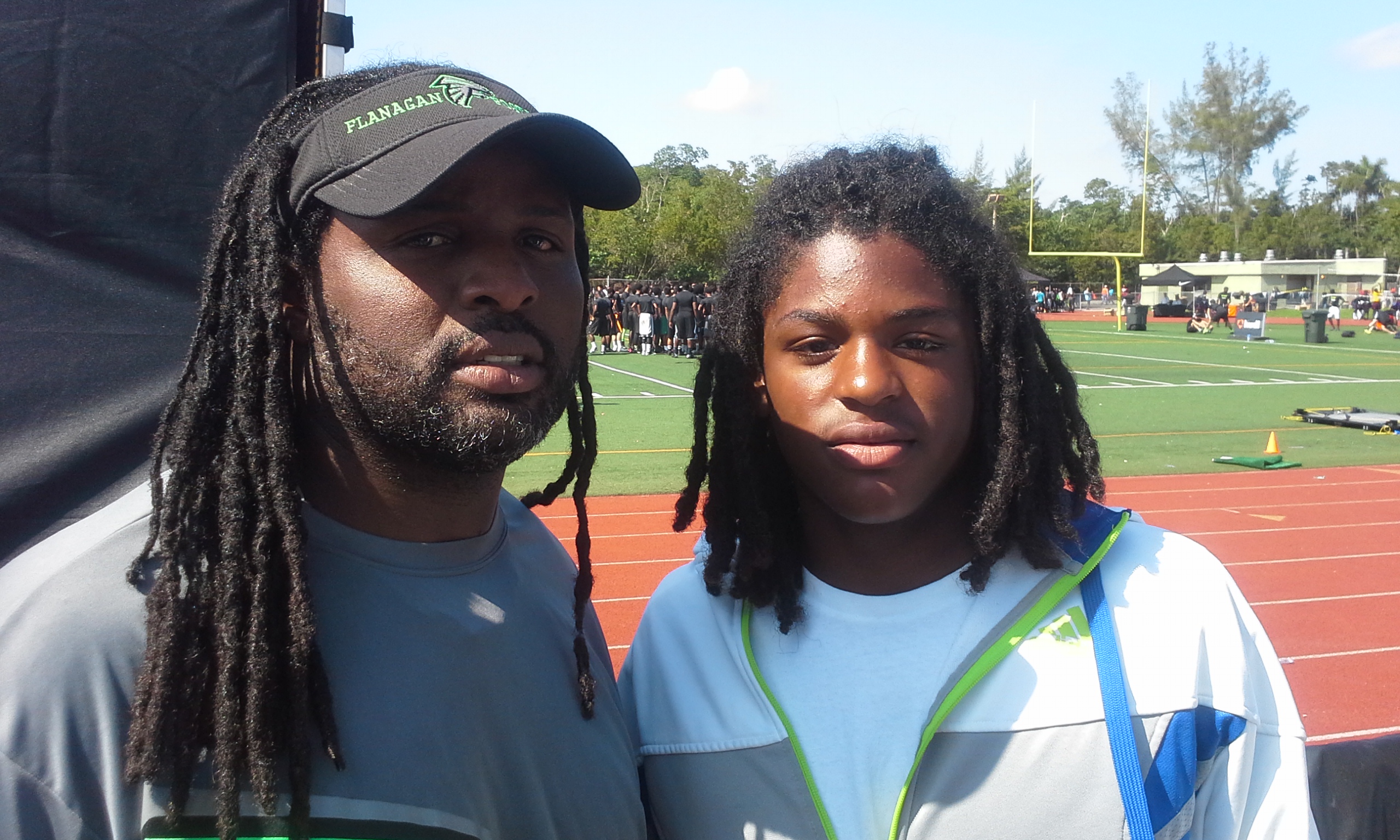 There has been a rumor floating around that Devin Bush Sr. is headed to Ann Arbor to join Jim Harbaugh’s staff in some capacity. We were waiting until Devin Bush Jr. announced today to run with it. Now it is still just a rumor but everything seems to be pointing to Sr. headed to join his son in Ann Arbor. Lets try and put the pieces together.

– His son just committed to Michigan over FSU where his dad played. ILB the position that Jr. plays is a big need for the Seminoles and Jimbo Fisher and the coaching staff made a late push for him.

– Michigan took two of Jr.’s high school teammates who are good players, but players that Michigan probably doesn’t take without some kind of a wink from Jr. or maybe even Sr.

– It’s no secret that father and son are very close so why wouldn’t Sr. want to be there with his son like he has been for the past 3 years.

– Flanagan, where Sr. was the coach just won the Florida 8A state title with a loaded team. It’s always better to go out on top and even though Flanagan has some good players coming back they will not be near as good as this year and very unlikely to win the state title.

– Jim Harbaugh needs more recruiting help in South Florida now that DJ Durkin has left. Broward and Dade counties produce the most high level football talent and Harbaugh knows that if he wants to win national titles he will need to pull a few of the great players out of the region. Hiring Sr., who has great South Florida ties, would be a coup for him. Harbaugh has already shown he is willing to do this last year when he hired Chris Patridge the former Paramus Catholic coach.

When you put all this together it just seems like it will only be a matter of time before Devin Bush Sr. is announced to join Jim Harbaugh’s staff in Ann Arbor and it would be a very smart and tactical hire for Michigan.