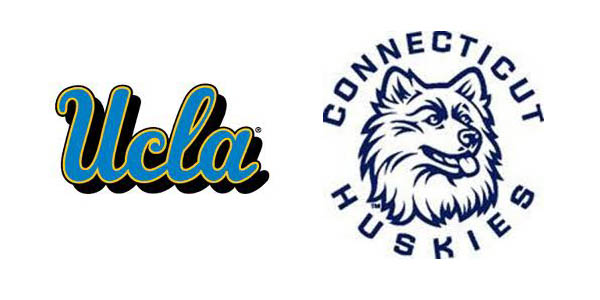 We have made it to the championship game of the Prep Force Challenge. UCLA and Connecticut face off in the finals. These two teams are the most complete well rounded teams in the challenge, so it is no surprise that they are playing for the title. With their star players and complete benches both of these teams could compete for an NBA championship as well. Lets break down the matchup by position and you vote to decide who the champion will be.

Point Guard – Russell Westbrook vs Kemba Walker
Russell Westbrook is much bigger and more experienced than Kemba Walker. Westbrook has been known to play out of control but he is still one of the most explosive point guards in the NBA. Walker has had trouble adapting to the bigger bodies of the NBA so his shooting % are pretty low but he has done a pretty good job with his AST/TO ratio.

Shooting Guard – Aaron Afflalo vs Ray Allen
At this point in their careers both these players put up pretty similar numbers with Allen being the better 3 point shooter. In a one game situation give me the experience and shooting of Allen.

Small Forward – Trevor Ariza vs Rudy Gay
Trevor Ariza is a solid small forward and good defender. He would have to play really good defense to keep Connecticut’s best player under wraps. This Connecticut team would look to Gay for end of the shot clock and game baskets.

Center – Ryan Hollins vs Emeka Okafor
UCLA has one glaring weakness and it is at the center position. Even when he was being showcased for a trade by the Cavs Hollins wasn’t very productive. Okafor would have the clear advantage in this matchup.

Both teams have great backups in the 1-3 positions. Neither have particularly good big men backups. I consider these benches to be about as even as it could get. On a side note I would pay good money to see Dan Gadzuric and Haseem Thabeet go at it, for all the wrong reasons of course.

Conclusion
I could see this as a back and forth game as most NBA games these days are. It would come down to the end. Both teams have good late game players in Westbrook and Love for UCLA and Allen and Gay for UConn. Its up to you to decide how the game would play out.

Who do you think would win?
Vote Now!