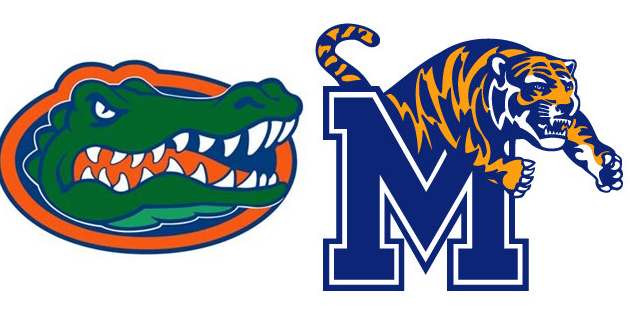 We are back this week with the Prep Force challenge after taking last week off for Signing Day. The matchup this week pits Memphis vs Florida in a battle of good guards vs good big men. This would be a game with a true contrast in styles. Lets break in down by position and you can vote on who you think would win.

Point Guard – Derrick Rose vs Corey Brewer
Memphis has the best point guard in the league and MVP Rose. Florida has nobody that even resembles a PG so I stuck Corey Brewer in there. This would be a mismatch of epic proportions.

Shooting Guard – Tyreke Evans vs Mike Miller
Tyreke Evans is an explosive get to the rim SG. While he is a little erratic at times, he knows how to score. Miller would have a hard time staying in front of him. On the other hand Mike Miller is a deadly shooter that would probably get plenty of looks with Memphis having to collapse on the Florida bigs.

Small Forward – Shawne Williams vs Chandler Parsons
Shawne Williams has bounced around the league during his 5 years without making much of an impact anywhere he has been. He’s gonna get you 5 points and 2 rebounds off the bench and you will have to be happy with that. Parsons has done pretty well so far in his rookie year averaging 7 points 5 rebounds over a steal a game and a 2 to 1 assist/turnover ratio. He is only gonna get better as he gains experience and would get the better of Williams in this matchup.

Power Forward – Al Horford vs Joey Dorsey
Al Horford has become a solid power forward in the league who you know is gonna get you 14/10 on most nights. He never does too much more or too much less. Joey Dorsey opted for Europe this year as he has not had much luck in the league. He is a big body that could at least body up with Horford if nothing else.

Center – Joakim Noah vs Earl Barron
Joakim Noah is a tough grind it out upper tier center who has made his name in the NBA through his hustle. He is not great on the offensive end but he will defend and rebound with the best of them. Earl Barron has stayed in the league simply because he is 7 feet tall.

If there was trading allowed in this challenge Florida would no doubtedly trade some of their big men for some guards. There is no question that Florida produces solid power forwards. The problem is that is all they have on thier bench. Memphis only has Chris Douglas Roberts and Rodney Carney on the bench. That leaves them with a lack of backup big men, which you can imagine by the two they had to start.

Conclusion
Well your guess is as good as mine on this one. If Florida could manage to get the ball down the court and run anything that resembled an offense they would probably be alright. I imagine Derrick Rose and Tyreke Evans would be off to the races at any possible chance. If they ever missed I don’t like their chances of getting a rebound.