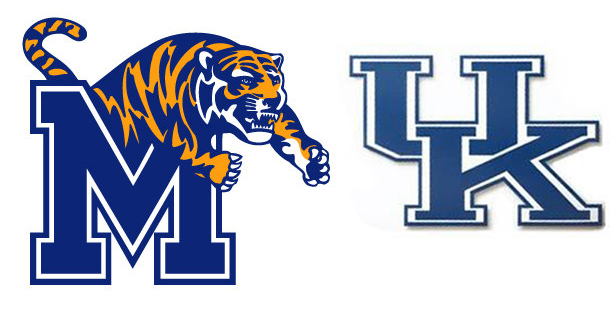 We are down to the last week of the round of 8 in the Prep Force Challenge. This week is a battle of Coach Cal old vs Coach Cal new. That’s right we have Memphis which was coached by John Calipari from 2000-2009 matched up against Kentucky which he has coached since 2009. Granted some of the Kentucky players were not recruited or coached by Calipari but all of the Memphis players were. The man simply knows how to recruit and develop NBA talent. Enough about him, let’s break down the game by positions and at the end you decide who would win.

Point Guard – Derrick Rose vs Rajon Rondo
This is a match up of two of the best point guards in the NBA. While they are different type of point guards they are both extremely effective. Rose is more of a score first guard who is almost impossible to stop of the dribble. Rondo is a great passer who can rebound and is considered the best defensive point guard in the league.

Shooting Guard – Tyreke Evans vs John Wall
This would be another match up of great athletes. Tyreke is more of a wing than he is a pure shooting guard but in this match up he would be best used as the shooting guard. He would have a size advantage over most anyone Kentucky could throw at him. John Wall would get the start at shooting guard for Kentucky although he is a PG. The only true shooting guard on the Kentucky roster is Keith Bogans and he does not deserve to be starting here. That and it is always good to keep John Wall happy.

Small Forward – Chris Douglas-Roberts vs Tayshaun Prince
Chris Douglas-Roberts is currently in Italy but he makes the cut based on playing in the NBA last year. He will probably be back next year when his Italian contract is over. He was a decent SF in the NBA and is have a pretty good year in Italy. Tayshaun Prince is having a slight down year this year as his shooting numbers are the lowest of his career. That said he is still a very solid all around small forward and one that most teams would love to have.

Power Forward – Joey Dorsey vs Patrick Patterson
Joey Dorsey is another Memphis player who decided to take the sure money in Europe during the lockout. He has bounced between Spain and Greece and his NBA days may be behind him. He does provide Memphis with a big body to battle down low. Patrick Patterson has become a solid backup power forward for the Rockets who should get the better of this match up.

Center – Earl Barron vs Demarcus Cousins
The center match up would be a huge mismatch but at least Memphis has a 7 footer they can put out there. Earl Barron has not done much in the league in years and was recently waived. Demarcus Cousins on the other hand is one of the best young centers in the NBA. He has improved his numbers this year to 16 points and 11 rebounds although he should be better than a 43% shooter.

Memphis only has Shawne Williams to come off the bench. They really could use another big man to give their guys a break, but then again if they had anyone they would be starting over Barron and Dorsey. Kentucky has a full bench of front court and back court players. Kentucky’s backup big men are better than Memphis’s starters.

Memphis would want to turn this into an up and down game with their electric back court of Rose and Evans. They would be in trouble in the half court as Kentucky would just clog the lane and make them shoot from outside. The problem the up and down game is with no bench they would get tired. Rose and Evans are young enough to play the whole game the other guys would be in big trouble. Kentucky would want to turn this in to a slow down half court game. Not that they don’t have the young guys to run up and down but their advantage on the low post is so big that taking advantage of that would be the best game plan. They also have enough bench guys to stay fresh throughout the game.

Who do you think would win?
Vote Now!