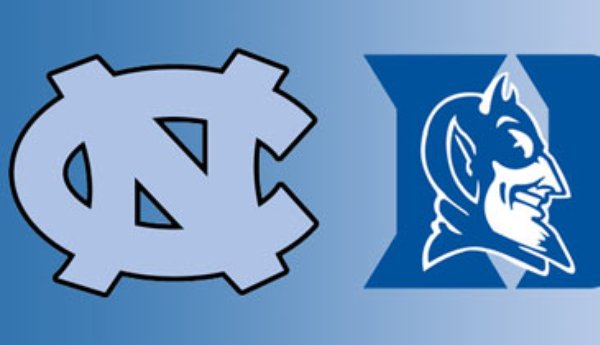 We have now made the round of 8 in the Prep Force Challenge and out of the ACC bracket we have a matchup between Duke and UNC (of course) to see who makes the final 4. Last weeks classic game in which Austin Rivers drained a game winning 3 at the buzzer just added more fuel to this rivalry which already has more than enough. Now that we have a good portion of the NBA season behind us we can see more what the games would truly look like if played today. I’m sure the NBA players wouldn’t mind lacing it up for their schools one more time to play each other. I think it would be a great All Star Weekend game. Lets break it down by position and at the end you decide who win.

Point Guard – Ty Lawson vs Kyrie Irving
This would a great matchup of two of the best young point guards in the NBA. Lawson is having his best year as a pro averaging 16 points. His shooting is slightly down but his assists are up and he boasting a nice 2.75/1 AST/TO ratio. He is a great defender as well that would not get beat off the dribble by Irving. Kyrie Irving is doing everything that is expected of the #1 overall pick in the draft. He’s averaging 18 points and 5 assists per game while shooting almost 50%. He has been turning the ball over way too much but that is to be expected for a rookie. He is a few years from being talked about in the Chris Paul and Derrick Rose category.

Shooting Guard – Vince Carter vs JJ Reddick
Another matchup of very similar players. At least at this point in their careers. Vince Carter is averaging 11 points this year while shooting a very impressive 46% from 3. JJ Reddick also averages 11 points but is shooting worse than Carter coming in at 42%. They were on the same team last season and Carter got the start over Reddick so I will give him the edge here.

Small Forward – Marvin Williams vs Luol Deng
Marvin Williams is the same 10/5 guy he has been for the past couple of year. Surprisingly his overall FG% is down this year at 43% but his 3P% is way up at 45%. Hes taking and making more 3 pointers than he has in his career but he still only averages 10 points. He has never quite lived up to the expectations coming out of college. Luol Deng on the other hand is one of the better small forwards in the league. He’s averaging his normal 16/7 this year and while his shooting is slightly down he is still getting it done of both ends.

Power Forward – Antawn Jamison vs Carlos Boozer
If you look at the stats for these two guys they look pretty even with Jamison being a slightly better scorer (17-16) and Boozer being the slightly better rebounder (9-7). I decided to go back and check out the last couple on the court matchups of these guys and Boozer has dominated. Now I know Carlos clearly has the better team, but in the head to head Boozer has been dominating including holding Jamison to a 1-10 performance while putting up 19/14 in the matchup this year.

Center – Tyler Hansbrough vs Elton Brand
I inserted Hansbrough in for UNC in this matchup over Haywood because Brand is not a true center and Hansbrough is better than Haywood. Hansbrough is a consistent 10/5 high energy guy that would run around and probably drive Elton Brand crazy. I could even see Boozer and Brand switching on defense since Boozer is younger and actually has knees. Brand is playing less minutes than normal in this wacky NBA year but he could still score when he wanted to on Tyler.

Both of these teams have a full compliment of benches so depth would not be a problem for either. UNC has the edge in the backcourt with a Felton being much better than Duhon and Green and Ellington being shooting guards while Duke doesn’t really have true backup shooting guard. They have enough small forwards where they could throw one of the guys in at the 2 so it would not be a problem. Duke has a huge advantage on the wing with their great depth at the 3. The front courts are pretty much a was with both teams have solid but not spectacular players coming off the bench.

Conclusion – I could see this shaping up to be another classic UNC-Duke game. UNC has an advantage in the backcourt while Duke own the frontcourt. Bench play would definitely be key for both. It would likely go back and forth with it coming down to the final minute. Who do yo you think would win.