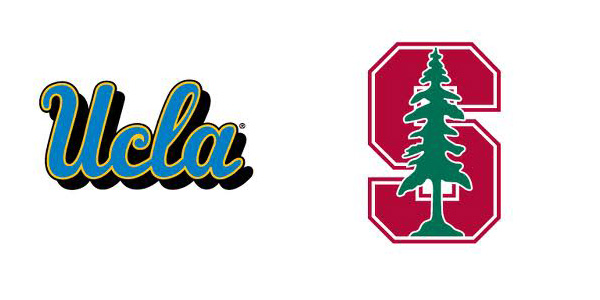 This week in the Prep Force Challenge we have a classic PAC 12 rivalry game, UCLA vs Stanford. This is another game with a classic contrast in style and one team have a much deeper bench than the other. Lets break it down position by position and at the end you decide who would win the matchup.

Shooting Guard – Arron Afflalo vs Josh Childress
Afflalo has developed into a solid player who can knock down 3’s. Childress is a much more sporadic player who is dangerous when he is on and a severe liability when he is not.

Small Forward – Trevor Ariza vs Robin Lopez
Here is where things get really interesting in this matchup. Trevor Ariza is a true small forward who has proven he can step it up in big games. For Stanford one of their bigs would have to play the 3. Robin Lopez is high energy and would have to try and stay with Ariza. Ariza would have plenty of open looks as Lopez would have to sag off him. Its just a matter of him making them or not.

Power Forward – Kevin Love vs Brook Lopez
The premier matchup in this game would pit the rebounding machine against a bigger player. Love has proven that he has rebounding will not matched by many and Lopez has shown the opposite. On offense Love would drag Brook out to the 3 point line to open things up for the UCLA offense. Brook would just back down Love and try to get easy buckets. It would be fun to watch.

Center – Dan Gadzuric vs Jason Collins
If the power forward is a much see matchup the center is matchup no one would want to see. Both of these players would start by default. Id guess you would have to give the advantage to Jason Collins since he is younger but neither player is very good.

Bench – UCLA – Jrue Holiday, Darren Collison, Baron Davis, Jason Kapono, Matt Barnes, Luc Richard Mbah a Moute
Stanford – Jarron Collins
While UCLA has many more quality backups they are mostly small guys. UCLA has plenty of backup point guards some of which would have to fill in at the 2. They are also stacked at small forward but dont have any power forwards or centers. Mbah a Moute would have to come in and play some power forward and move Love to center while Gadzuric obviously needed some rest. For Stanford all they have is Jaron Collins to most likely come in to give his brother a breather.

Conclusion
UCLA would try to turn this game into a shootout since they have guards for days. Stanford would try to turn it into a very slow halfcourt game. Im not sure the Stanford bigs could hold up over a full 48 minutes but what do you think.