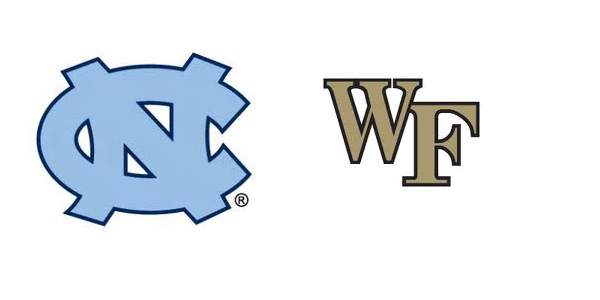 The second matchup of the Prep Force Challenge pits UNC vs Wake Forest. UNC is another one of those teams that boasts a big number of alum in the NBA but do not have the superstars. Wake on the other hand has two sure fire Hall Of Famers in Chris Paul and Time Duncan. Lets break it down position by position and at the end you decide who would win the matchup.

Point Guard – Raymond Felton vs Chris Paul
Raymond Felton has carved out a pretty nice career for himself in the league so far, but he is not even close to Chris Paul. Considered by most to be the best point guard in the league, Paul is now a Clipper and it will be interesting to see how far he carries them.

Shooting Guard – Vince Carter vs Josh Howard
Both guys have seen their better days in the NBA. Carter is still putting up respectable numbers while Josh Howard has battled injuries and appears to be an average NBA player at best.

Small Forward – Marvin Williams vs Al-Farouq Aminu
Marvin Williams is coming off his worst season and back surgery. He claims to be back to where he was before the injury. Aminu was part of the Chris Paul deal and is now in New Orleans where he should have more opportunity to show his skills.

Power Forward – Antawn Jamison vs James Johnson
James Johnson has put up OK numbers as a backup in his two years in the league. Jamison still puts up good offensive numbers and would make easy work of Johnson.

Center – Brendan Haywood vs Tim Duncan
Haywood is now the starting center in Dallas and when he gets minutes he is good for about 9/9 a game. Tim Duncan is obviously half the player he once was but that is still better than Haywood ever dreamed to be.

Bench – UNC – Ty Lawson, Wayne Ellington, Danny Green, Ed Davis, Tyler Hansborough
Wake Forest – Ish Smith, Jeff Teague, Darius Songaila
UNC has the luxury of having good backups at every position which would serve them well in a real game. They also are you and could run teams starters or bench players ragged. Wake on the other hand has the same problem Ga Tech has. They have good backups at the guard positions but close to nothing down low. When I put this challenge together it was based on players who played in the NBA last year or who were drafted. That is why Songaila made the cut even though he is now playing in Turkey. He would help give an old Duncan a rest but would likely get abused in the time he was on the court. The UNC bench has a huge advantage here.

Conclusion
This is another game where a team (Wake) has a good starting five but a thin bench versus a solid all around team. The question would be in Duncan could play enough and if Paul is good enough to build a lead so they could get any sort of a rest their bench could hold. Another game that would be interesting to see how it plays out.

What do you think would happen?