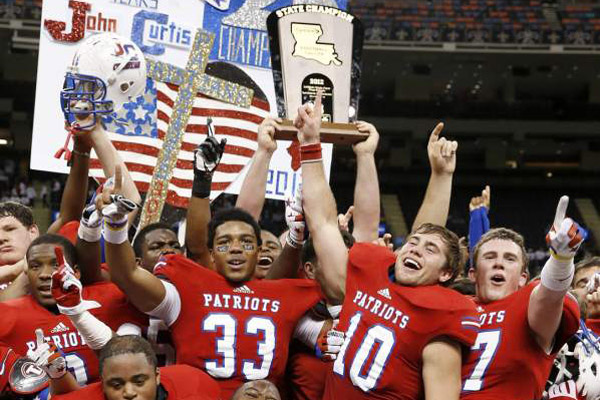 The 2012 high school football season is unfortunately over but that means it is time to crown a champion. It was a tough year and any one of four teams could have won the title. Thanks to their domination of every team they played John Curtis is the Prep Force National Champion. Katy, Norcross and De La Salle made impressive runs to undefeated seasons and state titles but in the end they came up a little short. Once again Florida, Texas and California lead the way with the most teams in the final rankings. Florida had the most with five while Texas and California each had three. The only other state with more than one was Louisiana. Once again congrats to the Patriots and let the countdown start til next year’s kickoff.