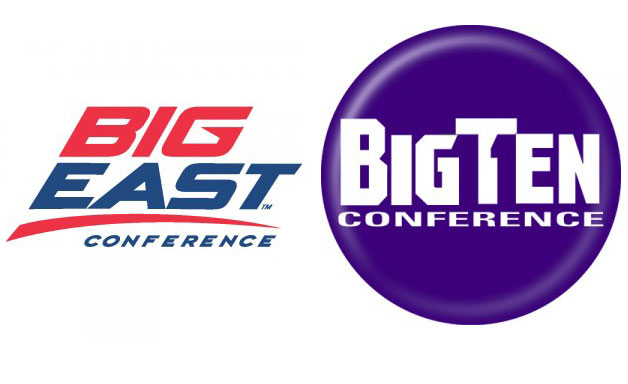 Now that most of the NCAA basketball “preseason” is over and all the conference challenges have been played we can finally see which conferences are the best this year. The Big 10 took down the ACC in their challenge and the Big East beat the SEC in theirs. I see those two conferences battling for the top spot this year. This could obviously change throughout the year and will be updated later in the season but here is where they stand right now. On a side note it is so comical to me that the Big 10 has 12 teams and the Big 12 has 10 teams.

1) Big 10 – I give them the edge over the Big East for 2 reasons. One I think they will have more tournament teams come March. Second I think if you took an average team and put them in both conferences the team in the Big 10 would have a worse conference winning percentage at the end of the year. Meaning in a 16 game schedule that team would probably win somewhere around 4-5 games depending on the way the schedule unfolded and in the Big East they would win 6-7. I’m sure the two conferences could flip flop during the year.

2) Big East – If you just rated the teams 1-12 against the Big 10 they would probably win more of the games but the conference is pretty top heavy this year with teams like West Virginia, Villanova, and Notre Dame being worse than normal.

3) SEC – I would love to see a Big 12-SEC challenge this year to see how it played out. I wouldn’t be surprise if it ended up 5-5. I think these two conferences are very similar from top to bottom. The difference is that the SEC’s top is a little better than the Big 12’s top.

4) Big 12 – Until we see how good the middle of the conference truly is, I’m looking at you Kansas St, Texas, Oklahoma State, than I’m not totally sold on the conference. I expect one of those teams to turn out better than right now and the other 2 falling off.

5) ACC – The other teams in the conference don’t appear to be stepping up to help Duke and Carolina this year. In fact its the worst the other teams have ever been as far as I can remember. Its looking like another 4 bid year for the ACC and that is only because 2 of them will beat enough other bad ACC teams to get in. The ACC desperately needs Pitt and Syracuse to get there as fast as they can.

6) PAC 12 – I put them in this list since they are technically one of the “BCS” conferences but there are multiple mid majors that have better conferences than the PAC 12. Does anyone know the least amount of major conference teams to make the NCAA tournament because this year’s Pac 12 should challenge the record.