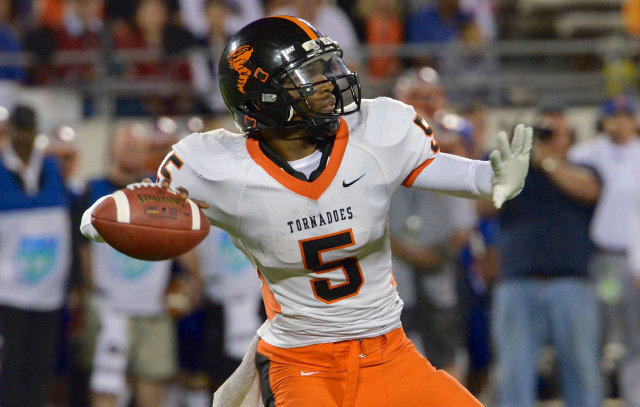 Booker T. Washington strengthened their hold on the #1 spot by going on the road to defeat Central in front of a sold out crowd. The game was so big even Bomani Jones tried to sneak in to see it. It’s still early in the season but its safe to say if Booker T. doesn’t lose this year they will be your national title winners. We have another good week of games including #7 St. Thomas Aquinas visiting #19 John Curtis and #20 Northwestern hosting #22 Byrnes.