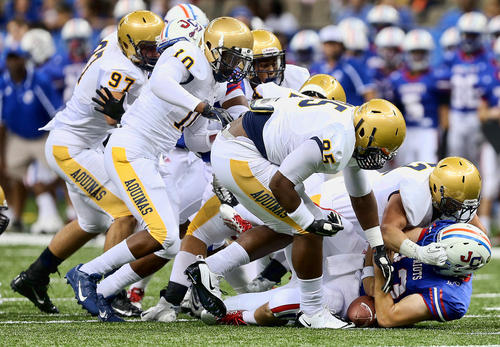 There is some shakeup in this weeks top 10 thanks to some impressive wins and some not so impressive wins. St. Thomas wins the game of the week handing defending champion John Curtis their first loss. Speedy Noil and Leonard Fournette both put on a show in their showdown in New Orleans. It was a tough week for the Southern California powerhouses with all 3 dropping in the rankings.