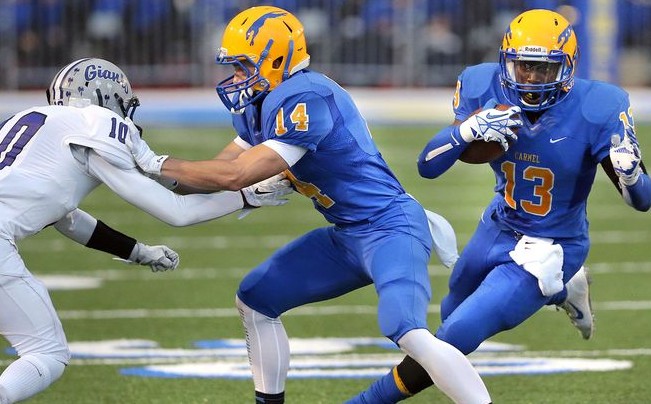 Another weekend of high school football is in the bag so its time for the new rankings. The top of the poll is in tact as the top 17 teams all won or were idle this week. There is a lot of shakeup at the bottom as 4 previously ranked teams lost. The highest ranked being previous #18 Hamilton (AZ) as they lost to Chandler (AZ) to cause confusion as to who is the best team in Arizona. In a bit of an oddity two ranked teams with Archbishop in the name (Moeller and Wood) lost to two unranked teams named La Salle. La Salle (OH) jumps into the rankings and for this week is considered the best team in Ohio but that seems to be changing weekly. Warren Central (IN) debuts in the rankings ahead of their showdown with #20 Carmel (IN). Carroll (TX and Starkville (MS) also debut this week. There are two huge games this weekend that will impact the national title race. #1 Don Bosco Prep plays #21 Paramus Catholic in the battle for Jersey. #11 St John Bosco (CA) and #13 Mater Dei (CA) square off in the battle of Southern California. Check back next week to see how the rankings shape up after these 3 big games.