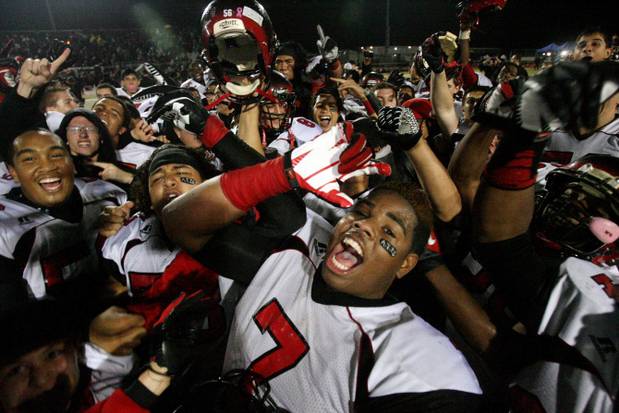 It was another great week in High School football around the country. Three previously ranked teams fell on their way to a state title. Manatee stays on top of the rankings as they continue to roll through the Florida playoffs. Desoto is making a big push to take over the top spot. Centennial (Corona, CA) make the highest debut in the rankings this week thanks to their win over previous #9 Vista Murrieta in the game of the week.