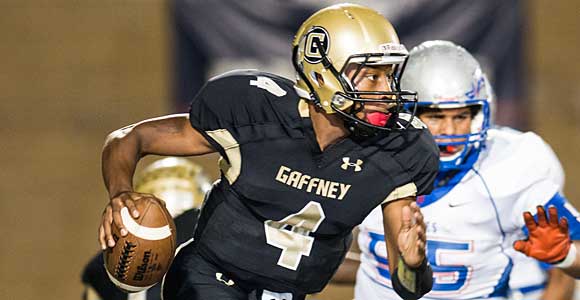 We have some shakeups in the rankings this week as we had two ranked teams fall. One of them we expected with Santa Margarita losing to Mater Dei. As we have mentioned the Santa Margarita offense just wasn’t the same without Johnnie Stanton and they had little chance against a good Mater Dei team. We should have dropped them from the rankings after seeing how much they struggled last week but it finally cost them this week. The other loss was quite shocking with Byrnes going down to Garrney. The switch at QB to Shaq Davidson has seemed to really spark Gaffney. The highly recruited 2014 WR is showing that he can run the team as well although I don’t see his playing QB in college. There are a couple of good games this week as noted in the rankings below so check back next week to see how things shake out.