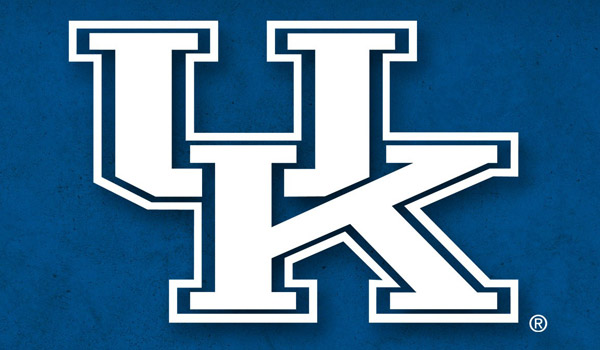 The top 10 is pretty much unchanged this week as only Baylor drops out. After that its totally different. Another week where seemingly everyone outside the top 10 lost. The top two teams in the Mountain West managed to go 0-4 and the West Coast conference did not fare much better. This should be a good week of basketball as we get a number of rematches in which the higher ranked team lost the first time around.

1. Kentucky – Took care of an overmatched Mississippi team last week. The game at Mississippi State this week could give them trouble.
2. Syracuse – Survived the road game at Louisville last Monday. Had more trouble than expected with Rutgers yesterday. This team looks shaky and beatable on the road but they are still undefeated with Fab Melo in the lineup. They get their final road test of the season at UConn this week.
3. Missouri – The game Saturday at Kansas should decide the Big 12 season champ as well as a #1 seed in the NCAA tournament.
4. Duke – This team will be able to back up their ranking with a win at FSU on Thursday night. A win there and they are in good shape to win the ACC.
5. Kansas – The regular season for them comes down to the game at home with Missouri.
6. Michigan State – The Spartans won a couple of nice games last week in solid fashion. They should win the games this week to set up for their monster final week.
7. North Carolina – This will be the make it or break it week for UNC. They could easily lose both games this week at NC State and Virginia. If they win both they will be set up nicely for the tournament.
8. Ohio State – The loss at Michigan is not that bad. They should win out until the regular season finale at Michigan State.
9. Georgetown – Continued to play great defense in a road win at Providence. Will need to be focused Tuesday or they will lose against a Seton Hall that needs a marquee win to boost their tournament resume.
10. Marquette – Got a dominating win at UConn last week. They will need a similar performance to win at West Virginia in a rare Friday night game.
11. Florida – The win at Arkansas on Saturday was one of the more impressive wins this season. They jumped on them early with a 3 point barrage and never let up. Should have an easy week.
12. Florida State – Pulled out another close win against Virginia Tech. Followed it with an impressive road win at NC State. They have a big week with the rematch with Duke followed by a road game at Miami.
13. Michigan – Still undefeated at home this year after taking down Ohio State. They now have to go on the road to face a Northwestern team that needs the win to secure a tournament bid.
14. Notre Dame – Some how came back to beat Villanova to keep the winning streak alive. They have two more winnable games this week against West Virginia and at St Johns.
15. Louisville – Went cold at the end and lost to Syracuse in a heart breaking game. Have a tough road game at Cincinnati this week that they need to win if they want to have any shot at the double bye in the Big East tournament.
16. Baylor – This team is doing its best UConn impression. The loss at home to Kansas State is a game they should not lose. They have a chance to right the ship at Texas tonight but I have lost confidence in this team.
17. New Mexico – Took out the two supposed best teams in a crazy week in the Mountain West. The amazing part is they pretty much wrapped up the conference title last week as well. The game at Colorado State is one they could definitely lose but remarkably it does not really matter as they should win out after that.
18. Wisconsin – The loss at Michigan State was to be expected. Have a big game at Ohio State this Saturday .
19. Wichita State – Continued their winning ways with a good Bracket Buster win at Davidson. Have a couple of easy games before the MVC tournament begins.
20. Temple – Have now won 10 in a row. Have a tough pair of raod games this week at Ls Salle and St. Joe’s.
21. UNLV – The Rebels can’t seem to win a meaningful game on the road which does not bode well for the NCAA tournament. The good news for them is that the conference tournament is on their home floor.
22. SDSU – In a middle of a 3 game losing streak that all of a sudden lands them in 3rd in the MWC. Who would have thought a week ago that UNLV and SDSU would meet in the semi finals of the MWC tournament and not the finals.
23. Virginia – Hang in the rankings this week as their win over Michigan looks better and better all the time. Could easily go 0-2 this week vs UNC and Va Tech so I don’t expect to see them here next week.
24. Vanderbilt – Got two road victories in a week. That is more than most BCS conference teams can say. Get another shot against Kentucky on Saturday.
25. Murray State – Back in my rankings with their impressive Bracket Buster win. The rematch with Tennessee State on Thursday should be fun to watch.