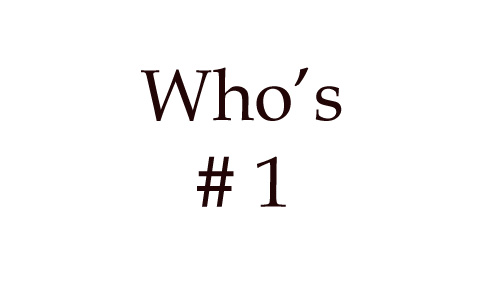 Another week in college basketball where seemingly everyone not name Syracuse, Kentucky and Baylor lost. The parity in college basketball is here to stay for the season. There are a couple of great games this week with the showdown tonight between Kansas and Baylor being the biggest. If Baylor finds a way to pull it out its going to be hard to keep them out of the top spot next week. See where you favorite team falls in the rankings this week.

1. Syracuse – Another good week with easy wins over Villanova and Providence. Should be another easy week for them.
2. Kentucky – Played a closer than expected game against Tennesee but still got the W. They play a couple of solid teams this week in Arkansas and Alabama but games are at Rupp.
3. Baylor – The undefeated season may very well end tonight at Kansas but the win at Kansas State last week was another huge win. Then they backed it up by scoring 106 on Oklahoma State. I think its safe to say this team is Final Four good.
4. North Carolina – Got absolutely destroyed by FSU on Saturday, but the Noles seem to win a game at home every year vs either Duke or UNC. If they lose this week at Virginia Tech it may be time to start worrying.
5. Ohio State – Lost to Brandon Paul this week and came back and exacted some revenge on Indiana.
6. Duke – Toughed one out to win a close one at home vs UVA. Also had to play down to the finish at Clemson. The wins lately haven’t been impressive but they have still been wins.
7. Missouri – Two nice wins this week over Iowa State and Texas. They have a big showdown with Baylor on Saturday.
8. Kansas – I think tonight is their biggest game of the season. If they don’t beat Baylor at home the next stretch of 6 games becomes huge for their season.
9. Michigan State – Took a loss at Northwestern as they were possibly looking ahead to the big game Tuesday night vs Michigan.
10. Connecticut – Got back on track with wins over West Virginia and Notre Dame. The game out of conference vs Tennessee this week should be interesting as the Vols have been playing everyone tough at home lately.
11. Georgetown – The youth of the team is starting to show a little more lately especially in the loss to Cincinnati. Henry Sims has seemed to fall off from his early hot start and as a result the team is struggling more.
12. Indiana – Took 2 losses last week to Minnesota and Ohio State. The OSU one was expected. The Minnesota one is a game that if IU truly wants people to believe they are back they needed to win.
13. San Diego State – They justified my ranking over UNLV last week by beating them. Now its time to see if they can go on the road and win in tough environments.
14. Florida – Got back on track with wins over Georgia and South Carolina. The game this week at Mississippi is a sneaky tough game that they could lose.
15. Virginia – Lost a tough one at Duke. Not many teams go to Durham and get a win.
16. UNLV – The 1 point loss at SDSU is nothing to be ashamed of. They should be able to go on a decent win streak now that will boost them back up in the rankings.
17. Michigan – The loss to Iowa is a head scratcher but I can only think they were looking ahead to the showdown with Michigan State. I think they will put it out at home.
18. Marquette – Got back on track with nice wins over St. John’s and Pitt. I dont see this team losing for a while.
19. Vanderbilt – Quietly won 7 in a row. As I mentioned they are finally healthy and if they go 2-0 this week they will be back on everyone’s radar.
20. Mississippi State – Took down Tennessee and Alabama last week. Have a tough week this week with games at Mississippi and Vanderbilt. If they go 1-1 in those games they should be happy.
21. Murray State – Just keep winning.
22. Illinois – Brandon Paul dragged this team to a victory over Ohio State. They need to go 2-0 this week as the schedule gets brutal for them fo them after that.
23. Wisconsin – Got a nice win at Purdue to get back into the rankings. Will need to win this weekend at Illinois to stay there.
24. St Mary’s – I had a feeling that blowout of Gonzaga was coming as I stated in the rankings last week. That 21 point win gets them in the rankings.
25. Creighton – Had a nice 3 win week to get them back into the rankings. Will need to win at Missouri State to stay there.