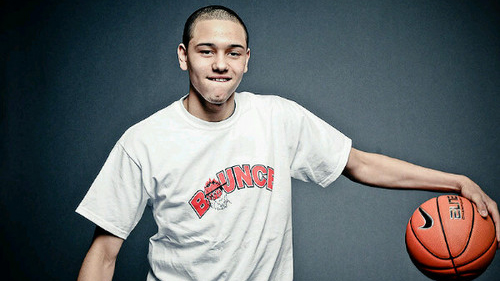 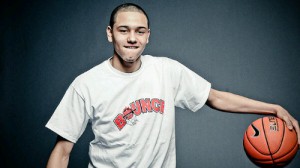 Tyler Ennis, the 6’2″ superstar St. Benedict’s High School Point Guard, will visit Syracuse University for the Febuary 11th UConn game. Of course, its unofficial. Ennis told SNY.TV that he’s “interested in all of them.” All of them being Syracuse, Kansas, Arizona, Louisville, Georgia Tech, and Memphis. His list is actually way longer, but these seem to be the most realistic options. Syracuse assistant coach Kevin Ollie recently attended one of St. Benedict’s games, so the interest is clearly mutual. And why wouldn’t it be? Ennis is one of the best Point Guard prospects in the 2013 class, possessing outstanding scoring ability as well as giving his team a viable 2 option. He’s got great midrange game and he can even grab some rebounds.