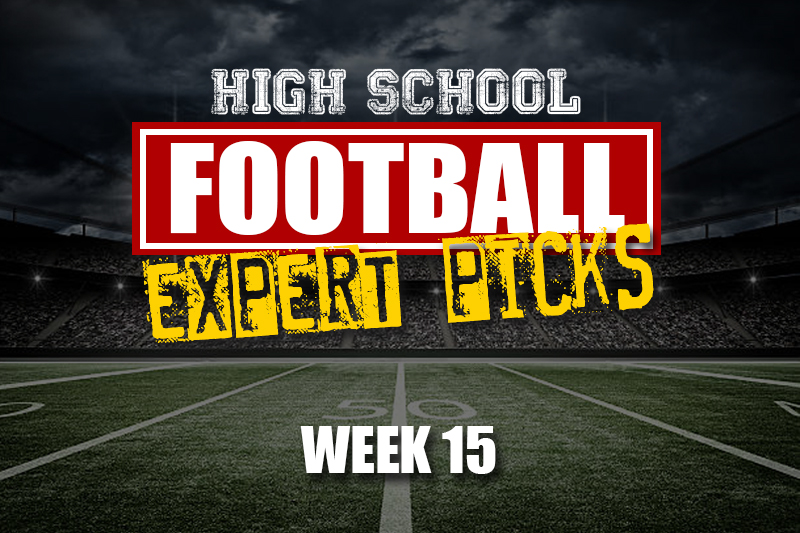 We are loaded with good games this week including state title games in Ohio, Alabama, Tennessee and Louisiana. We have both the Divison I and II games from Ohio. The Division I pits undefeated and nationally ranked Colerain against a St. Edward team with 3 losses. Don’t let the records fool you though this should be a close game. 3 of the 8 experts pick the Eagles to get the win. The Division II game is a battle of undefeated teams. Archbishop Hoban is nationally ranked but as true high school football fans know Washington (Massillon) is one of the winningest high school football teams in history. The Alabama game is a fun one because of the quarterbacks. Thompson QB Taulia Tagovailoa, you may have heard of his brother, is an Alabama commit while Central QB Peter Parrish is an LSU commit. Central is undefeated, while Thompson just avenged their only loss of the season to Hoover. In Tennessee undefeated Memphis University School takes on perennial power and the 3 time defending champion Brentwood Academy. The Owls are the last team to beat the Eagles in a state title game. The experts are split on this one. In Louisiana John Curtis will look to win their 27th state title against a Catholic Baton Rouge team who’s only loss this year is to nationally ranked University Lab.

In Florida we have a rematch of the 7A title game when Venice and St. Thomas Aquinas face off. All of the experts think the Raiders will get revenge for last years loss. Also in Florida we have the 8A semifinal game between Columbus and Deerfield Beach. Both team have 1 loss on the field although Columbus is technically undefeated thanks to a forfeit win over Carol City. This should be a classic Dade versus Broward battle. We haven’t had many games from Texas this year as they don’t play many out of state games. That changes this week as we have a 6A D1 and 6A D2 game. In D1 2 of the top teams in the state face off from an opening week game where North Shore beat Katy 35-21. As we have seen more often than not the team that lost the first game has been getting revenge in these big rematches. 3 of the experts think the Tigers will get revenge. In D2 undefeated Vela matches up with Westlake. These two met in the playoffs last year in a game easily won by the Chaparrals. The experts think they will win again. Finally in Georgia we have a AAAAAAA and AAAAA state semifinal games.