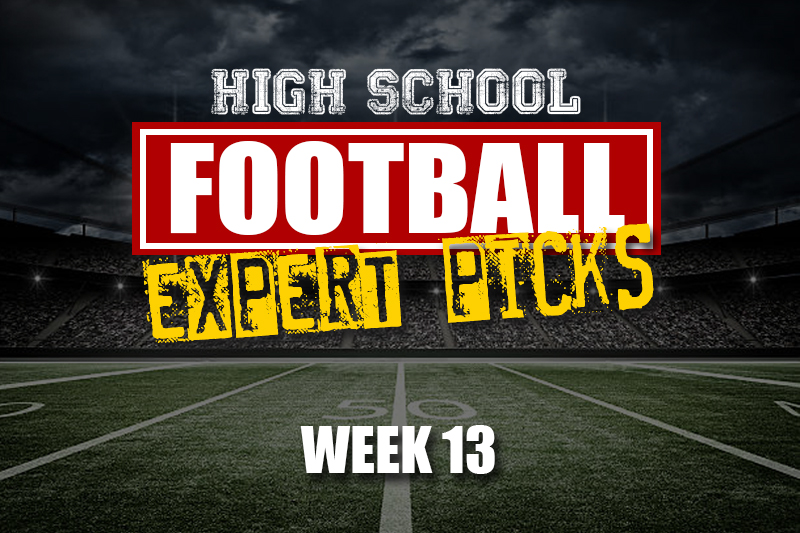 The playoffs are in full swing and that means we have plenty of good games to choose from. It was very hard to only pick 10 this week. We start off with the California Southern Section Division 1 semifinals between a couple of private and public school teams. The games pit two of the top teams in the country going on the road to face off against two teams that are nationally ranked in some of the polls. Mater Dei travels to take on undefeated Mission Viejo while St. John Bosco heads to Corona to take on Centennial. While the experts are overwhelmingly siding with the Trinity League schools the Bosco Centennial matchup should be intriguing. The Huskies are a much better team lately and have greatly improved from their early season struggles.

The finals of the WCAC where St. John’s and Good Counsel will meet. The Cadets are yet to lose a conference game this year. The Falcons are coming off one of the most impressive wins of the year over Gonzaga. All the experts picked against the Falcons last week and got burned. We clearly didn’t learn our lesson.

We have a meeting of the top two teams in Ohio this week. Even though it’s only a Regional Final, the winner is the favorite to bring home the state title. Mentor and St. Edward met in the first game of the season with the Cardinals winning 29-28. St. Ed’s was without a few key players in that game. That is likely why 4 of the 7 experts have the Eagles winning the rematch.

Florida gives us 3 big games this week. The biggest coming to us from Seffner where Armwood and Lakeland will meet. The Dreadnaughts are the defending champion and a Top 10 team in the national polls. The Hawks have only lost once on the year at that was to nationally ranked Lowndes. The winner of this game should make it to the 7A Championship to take on St. Thomas Aquinas. There is a Broward private versus Dade public battle when Miami Northwestern and American Heritage meet. The winner should have an inside track to the 5A Championship game a likely state title. The last of the 3 Florida battles pits undefeated Vero Beach against Deerfield Beach. The Bucks have 3 losses on the year but 2 were to start the season without their starting QB and the other was to St. Thomas Aquinas. Most of the experts are going with the 3 loss team in this one. The one that isn’t is the Florida expert Josh so we will see how it plays out.

In other games the top team in Phoenix, Chandler, faces off against the top team from Tucson, Salpointe Catholic to advance in the new Arizona Open Championship. In Alabama Thompson and Hoover square off for the 3rd playoffs in a row. The two teams played earlier this year with the Warriors winning but Ole Miss QB commit Robby Ashford was hurt during that game. The experts are split 4-3 on this one. The final game of the week comes to us from Iowa where Solon and Western Dubuque will battle for the 3A crown.