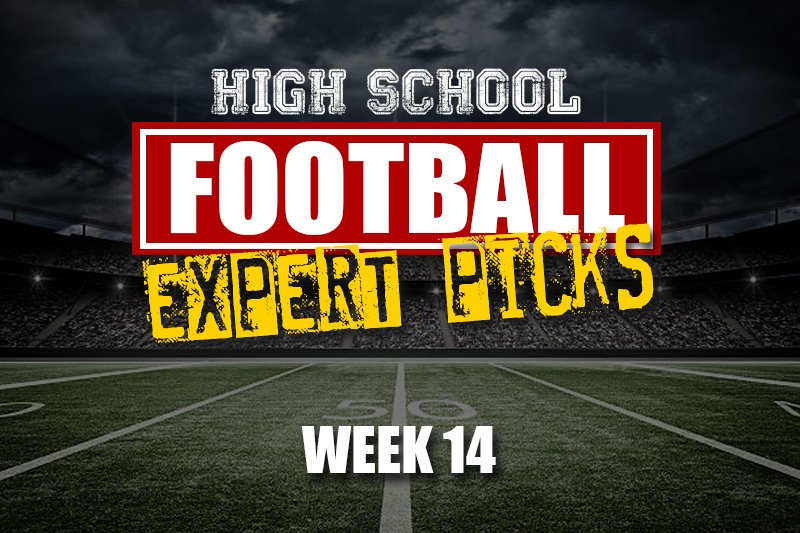 Week 14 brings us two of the most important games in the rest of the year. The big one in the Trinity League rematch between Mater Dei and St. John Bosco. This game will likely determine the national champion unless the Braves blow out the Monarchs. Then we have another situation like last year. As for the game it seems obvious Mater Dei is the better team. Just like most people last year thought St. John Bosco was the better team after easily winning the regular season game. This is the fourth consecutive CIF Southern Section title game between these two. Hopefully this one lives up the hype as the last couple years have all been blowouts.

The other huge game is a rematch in Houston between North Shore and Katy. North Shore took both meetings last year but the Tigers won at the beginning of this season. The Mustangs were a little banged up in that game and will have revenge on their mind. Of course that is what most of the experts thought in the Mentor vs. St. Edward last week and we know how that worked out.

There is a big game in Georgia between undefeated McEachern and one loss North Gwinnett. The Bulldogs loss was opening week to Colquitt County. They followed that up with a overtime win over Armwood (FL) which is looking like a very good win after last week. They have been rolling ever since. The Indians have the home field in this one which could pay dividends. The experts are pretty split on who will take this one. Speaking of Armwood they have to bounce back after their big win over Lakeland to take on a very good Edgewater team. Luckily for them they also have home field which should help in a letdown situation.

Elsewhere there are state titles on the line in Indiana, Illinois, and Alabama. Center Grove and Carmel meet in another rematch. The Grehounds won the first meeting 20-14 but that was at home. This game is on a neutral field and the Trojans will be looking for revenge. Getting Carson Steele back will also be huge in this one. The Trojans are a completely different team when he is out there. In Illinois Mount Carmel and Nazareth Academy meet. The Roadrunners are looking for their second consecutive state title. The Alabama title game isn’t until next Wednesday but bcause of when we post the picks we included it in this weeks picks. Thompson and Phenix City Central met for the title last year and will do so again this year. The Red Devils won easily 52-7 last year but the experts are split on who will pull it out this year.

Finally we have a couple semifinal games in Louisiana and Tennessee plua a battle of the top two teams in North Carolina. John Curtis and Catholic Baton Rouge will square off in a rematch of last year’s title game which they won easily 49-7. The experts don’t think this one will be so easy. Ravenwood and Houston square off in Tennessee. The Raptors are at home which brings us to a pet peeve. State semifinals shouldn’t be played as a home game for one of the teams. They should all be on a neutral field especially if one of the teams is undefeated and the other has a loss. Rant over. The game should be a good one and the experts are split 4-3 on who will take it. Finall in Rockingham County Myers Park will take on the home team Richmond. These two teams met last year with Myers Park taking the easy win. Both teams come in undefeated and while there are a few rounds left of the playoffs, this feels like the finals.