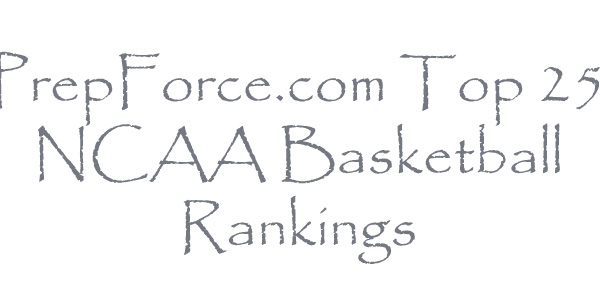 The football season is now officially over but not to worry, we are upon the best week of the regular season college basketball. All college basketball fans should clear their schedules for Wednesday night and all day Saturday. This week will go a long way to determine who wins the regular season titles in almost every conference. There will be big shakeups in the rankings next week.

1. Kentucky – Just keep rolling. This week is their hardest week of the season with games vs Florida and at Vanderbilt.
2. Ohio State – Good road win over Wisconsin. Get Michigan State at home on Saturday.
3. Syracuse – In a shocking development they reinstated Fab Melo to get him a game of action before the week of Georgetown and Connecticut.
4. North Carolina – Nice easy week before the showdown on Wednesday with Duke.
5. Missouri – The resiliency could bode well for them. They have to avoid looking ahead to the showdown with Baylor or they could get tripped up in Norman.
6. Baylor – A couple of nice road wins at Oklahoma State and Texas A & M set up the brutal week of Kansas and Missouri. The good news is that after this week they will be done with both teams for the regular season.
7. Florida – Nice wins over South Carolina and Vanderbilt. The Wednesday game at Kentucky should be a fun one to watch.
8. Kansas – Losing on the road at Missouri is nothing to be ashamed of. Quite honestly they should have won which would have been very impressive. It will be interesting to see how they bounce back vs Baylor.
9. Georgetown – An impressive week with a 14 point beat down of UConn that sent Calhoun on another one of his “emergency” leaves, and a 30 point win over a decent South Florida team. The game at Syracuse on Wednesday will be a tough one for them to keep it close.
10. Duke – As long as they don’t have to play any more teams from the state of Florida at Cameron they should be OK. The problem is now they have to go to Chapel Hill on Wednesday.
11. Michigan State – A typical week for most Big 10 teams. Lose to a decent team on the road, blow out a good team at home. They will have trouble keeping it close in Columbus on Saturday.
12. San Diego State – Have a full week to prepare for the game at UNLV. If they win it they are set up nicely for the Mountain West crown. That said I don’t think they will win.
13. Florida State – Maybe this is too high for this team but the 7 game ACC winning streak is very impressive and there is no reason it cannot get to 10 in a row.
14. Mississippi State – A less than impressive victory over Auburn. They have a pretty easy week before a brutal last few weeks of the season.
15. St. Mary’s – The game this week at Gonzaga should be a great one. If they win they will set themselves up for a very nice seed come tournament time.
16. Marquette – A poor showing against a very hot Notre Dame team. Should have a pretty easy week to get back on track.
17. Murray State – Just keep winning.
18. UNLV – The loss at Wyoming is not terrible. They have to protect the home court against SDSU if they want any chance of winning the Mountain West.
19. Virginia – A 3 point loss at FSU is as good as anyone has done int he past 7 vs the Noles. They have to hope to get UNC after a letdown on Saturday in Chapel Hill.
20. Michigan – Ran into a possessed Draymond Green yesterday in a loss to Michigan State. They can’t let the loss carryover to Lincoln or they will lose there as well.
21. Wisconsin – It would have been nice to beat Ohio State at home but Jared Sullinger was having none of that. They really need to win at Minnesota to keep their momentum going.
22. Creighton – The buzzer beater loss at Northern Iowa was not totally unexpected. They should not have any problems running the table now.
23. Notre Dame – Have played lights out in their last 4 with home wins over Syracuse and Marquette and road wins at Seton Hall and UConn. If they find a way to win at West Virginia this team should finish second in the Big East.
24. Louisville – They have a very tough week with a home game vs Connecticut and a game at West Virginia.
25. Indiana – Get to stay in the polls with their first road win in almost a month. They have an easy couple of week to get back on track.